Prof. Himanshu Rai, Director, IIM Indore, shared a video message during the inauguration of the fest. He noted that IIM Indore believes in cultivating curiosity, inspiring imagination, and feeling free. ‘We trust in accomplishing the unimaginable and spreading joy and happiness. I firmly believe that culture, literature, and traditions strengthen our roots, nurture our lives and build our identity. Atharv brings all of this together – taking forward the tradition of providing a dazzling platform for everyone to explore their talents, rejoicing our culture, and gaining and sharing knowledge from literature. This adds diversity to the fest, allowing the participants to learn, unlearn and relearn from everyone from diverse backgrounds’, he said. He congratulated the Atharv Team for organizing the event successfully in an offline mode after a gap of two years. 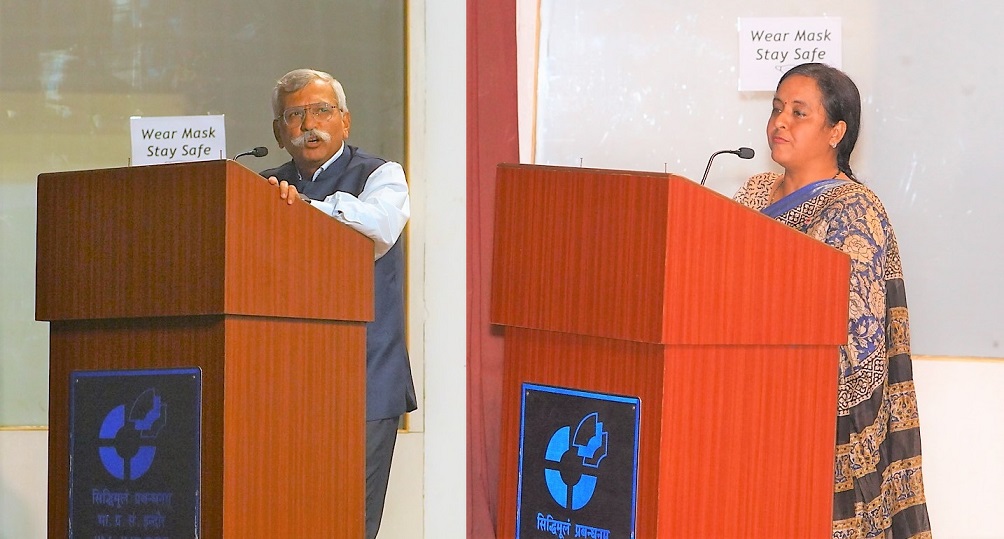 Col. Pamidi, in his address, spoke about the definition of dreams and achieving success. He applauded the Atharv team for their dedication and mentioned that Atharv has encouraged and promoted the spirit of competition, learning, and excellence.

Ms. Shubhra Dutta gave a heartfelt address on the opportunities offered by college fests. She spoke about the success story of Indian Oil and shared her experiences. She highlighted some of the challenges faced by the organization and how the determination of the community, effective leadership, team spirit, and dedication helped the organization overcome all the problems and achieve success. She wished the Atharv team the best and mentioned that such student fests not only encourage the students to explore their talents but also help them learn from one another. 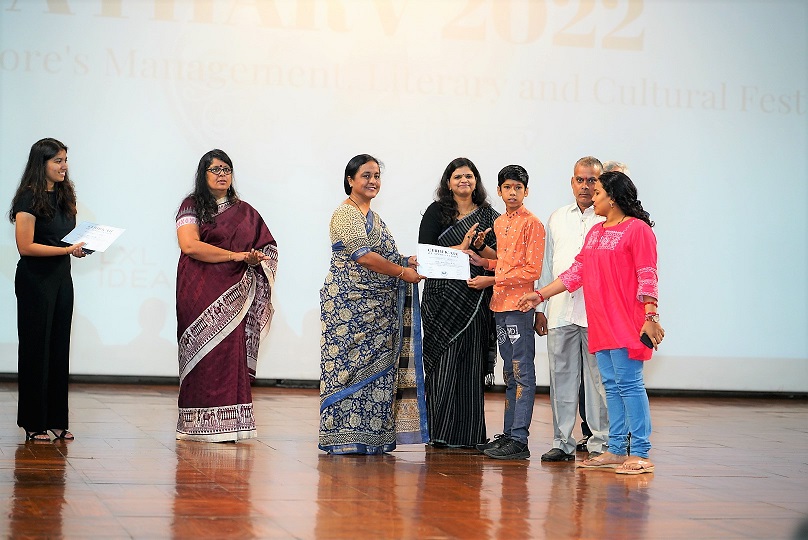 Prof. Tewari and Prof. Swatantra also congratulated the Atharv Team and gave a heart-warming address on teamwork and camaraderie. They noted that the fest is a culmination of hard work and efforts put in by the IPM students.

The day also witnessed the announcement of The Pi Quiz Scholarship Test results. More than 150 students from classes 5th to 10th had attempted the Scholarship Exam conducted on September 18, in association with Aasha – The IPM Social Club. A total of six students received the scholarship in three categories – classes 5-6, 7-8, and 9-10. Adarsh Dwivedi and Nikunj Sharma won the first and second positions in the Class 5-6 students category. Lakhan Pandey and Harman Singh secured the scholarships from the second category of students belonging to classes 7 and 8. The third category had students from classes 9 and 10. Kshitij Yadav and Parinita Jaiswal secured the first and second positions, respectively.

The cultural fests were full of vibrant and enchanting performances. Participants showcased their applauding talents in Bailar – The Solo and Duet Dance Event and Vanity- the Fashion Show Event.

The highlight of the first day of the event was the comedy night with a performance by Comicstaan Season 3 winner: Mr. Aashish Solanki.

The fest coordinators, Medhavi Nema and Ananya T. Jith, said that Atharv is larger than life and bigger than ever. They thanked the Atharv Core Team and all the IIM Indore authorities for their efforts and support.

The fest’s second day will witness the next rounds of various management and literacy events. The cultural events will also be full of thrill, with the talented teams battling for the next rounds.