With an objective to sensitize the IIM Indore community and to broaden the gender spectrum and following—‘Breaking the Stereotype’; the famous Bollywood movie—Margarita with a Straw was screen at the Institute on December 29, 2018. The aim behind screening the movie was that in the year 2017, Indian judicial system had brought about a revolutionary change regarding 377. However, people need to be more open minded and accepting—for just government rules won’t work without a change in mind-set. Released in 2014, directed by Shonali Bose, with lead actress Kalki Koechlin, the movie also deals with deals with themes of inclusion, self-acceptance, and human sexuality. The story revolves around Kalki’s character, who relocates to America for her undergraduate education and comes of age following her complex relationship with a blind girl, played by Sayani Gupta. This movie screening was an attempt towards the same, as audio visual content makes a long lasting impact. The event was attended by participants from IPM, PGP and EPGP batches, who had a short discussion as well after the movie. 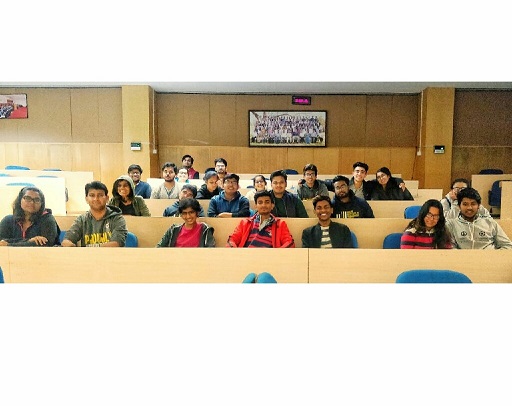