Discussing about the concept, Dr. Chetri said that Gross National Happiness is a development paradigm conceived by His Majesty Jigme Singye Wangchuck, the former King of Bhutan, based on the belief that the purpose of development must be to create conditions that enable society to pursue happiness- our innermost human desire. 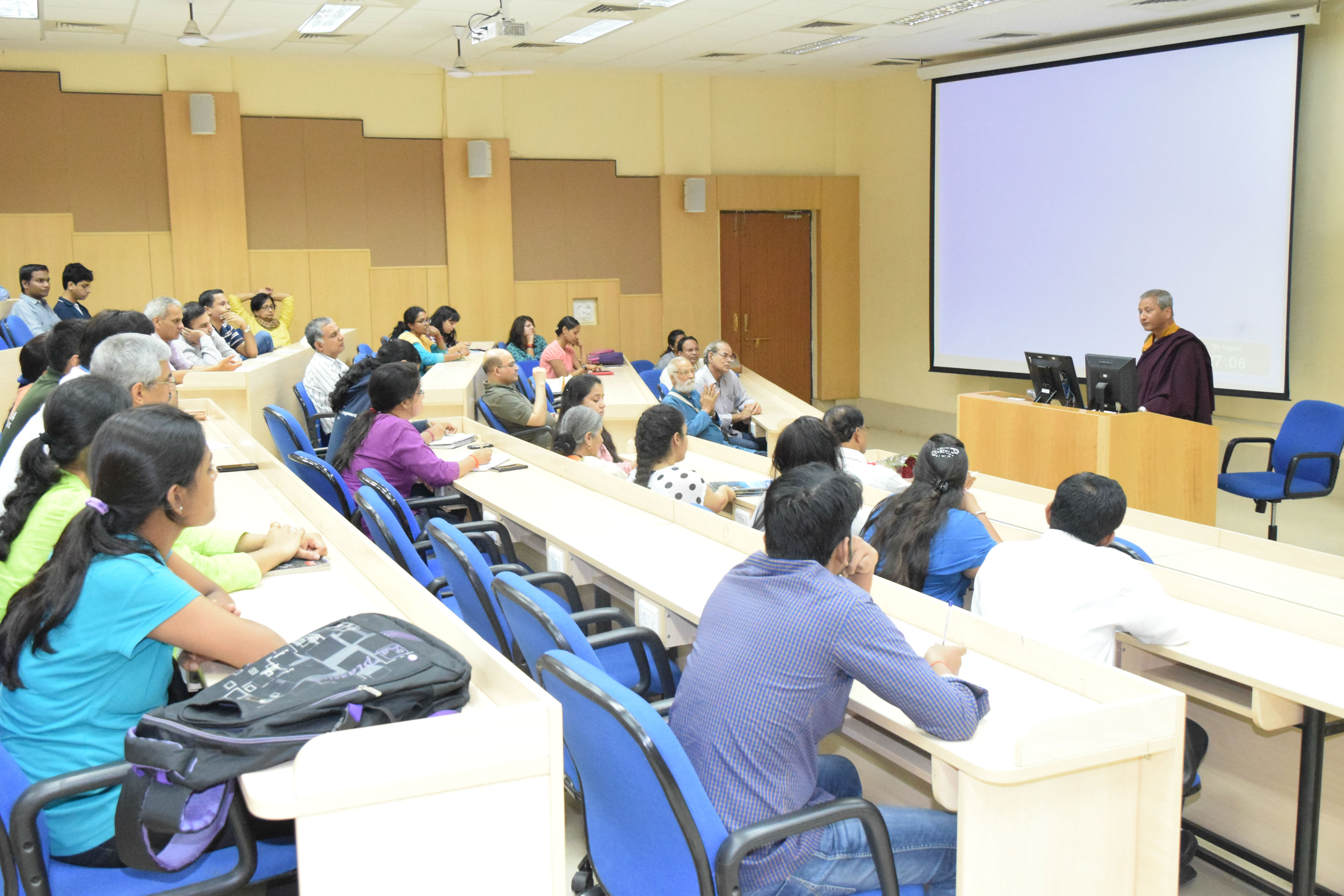 Giving details about GNH Centre, he mentioned that the Centre offers solace to participants from the rigors of our frequently stressful and often meaningless journey to reflect on the purpose of life, so that we might find a reason, inspiration and the will to pursue a more meaningful and fulfilling life.

Dr. Chetri discussed about major pillars affecting the happiness in our life, namely education, health, environmental preservation, promotion and preservation of cultures, psychological well being and good governance. He noted that unlike the old traditional education, today’s education is focusing more on individualistic and materialistic concepts. Students are not able to learn more about love, care and sharing. The education needs to involve spiritualism so as to help students grow into a better human being.

Mentioning about the changing lifestyle leading to health problems, Dr. Chetri said that the ratio of people falling sick due to viruses and bacteria are less than those falling sick due to lack in quality of lifestyle, which needs to be improved. He noted that North America and Europe together waste huge amount of food per annum which is sufficient to feed people across the globe for more than three years. We are utilizing earth 1.5 times more than it should be utilized for energy consumption, leading to global warming. There are 54 million people who are homeless due to poverty and wars, but the climatic changes are adding to the homeless population, which needs to be given a serious thought. It is time to get self organized and improve the quality of living, he said.

Concluding his speech, Dr. Chetri motivated to eradicate negativity and create trust and transparency among each other. He said that we need to give a thought about living a good life and collaborate with one-another, instead of competing.

The programme was attended by faculty, staff and students of IIM Indore.