Under the Immersion Programme for Executive Post Graduate Programme in Management (EPGP), the Batch of 2016-17 visited Red McCombs School of Business, University of Texas, Austin; in September 2016. Institute has a tie-up with McCombs School of Business, wherein the EPGP participants complete one semester while staying at the University campus and are taught by the best 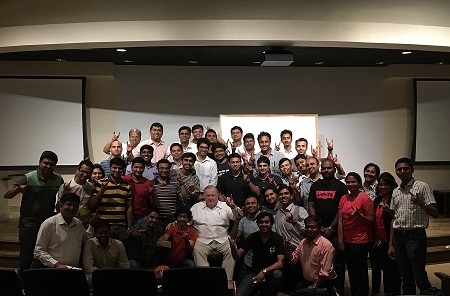 Apart from exploring, and probing the new place, students also brought fame to the Institute by winning various competitions they took part in, like the unconventional fields of Mobility and Social Media Analytics.

EPGP participant Ayush Khaitan participated in a Hackathon and his team won the 2nd prize. Hackathon is a competition which requires coming up with a working solution to some existing problem using an existing technology, in a limited time. This Hackathon was organized by Moovel, a subsidiary of famous Diamler Group. Ayush participated in the 48 hour non-stop session which required the use of technology to solve a problem in the mobility domain.
Participants also took part in an IIM Indore/ UT Austin Social Media Analytics Challenge 2016. Social Media Analytics is an exciting new field which can help a marketer in a lot of ways such as planning a marketing campaign, predicting an election’s result, forecasting sales using the data from Social Media sites such as Facebook, Twitter, etc. 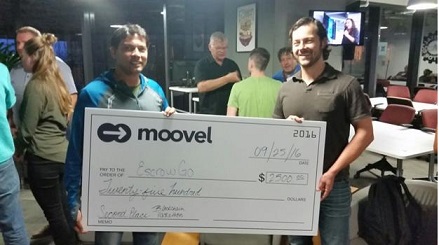 Akhil Jhingan along with his team members Anjani Kumar Sinha, Anupam Singh, Himanshu Makkar, Gaurav Tyagi and Eshana G won the First Prize in the Challenge. They presented their excellent work on giving suggestions to HR for an enhanced employee satisfaction.
Ankur Jain, along with his team members Gourav Arora, Samir Singh, Shantanu Roy, Vaibhav Agarwal and Vaibhav Singhal won the Second Prize in the event. They worked on designing a Social Media Campaign for a hypothetical political party for upcoming assembly elections at Uttar Pradesh.
Team of Himanshu Bhatia, Rupak Laskar, Kirthirani, Prashant Mishra and Sandeep Reddy bagged ‘Honorable Mention Award’ in the event and they analyzed the dynamics of start-up culture in India.