IIM Indore conducted a Guest Lecture for EPGP Participants in the Project Finance and Structuring Course on January 19, 2016. Mr. Mohammad Athar, Director at Capital Projects and Infrastructure Group, PricewaterhouseCoopers was the Guest Speaker, who gave an enriching, informative and detailed presentation on the PPP mode of executing infrastructure projects in India. 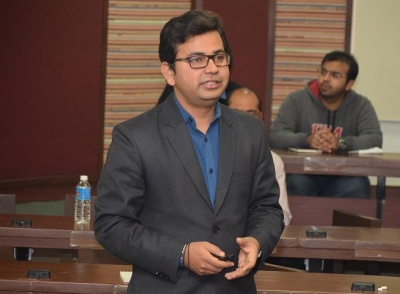 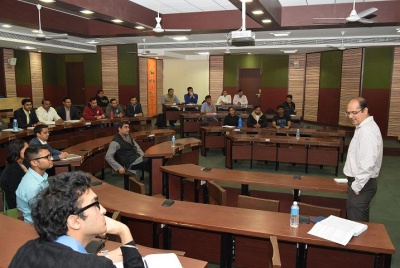 In the first phase of the lecture, Mr Athar emphasized that there should be complete clarity on incentives for private sector to earn revenue.  Private sectors’ participation to a PPP project should not be seen solely as a medium to bring investment funds. It should be more on a partnering basis and risks should be suitably distributed. Moving on to Metro Projects in India, he pointed out that the key viability drivers affecting a successful, profitable Metro Projects are Ridership, Real Estate Development, Cost of Finance and Construction period. There is a greater need that transportation plan and a city’s master plan are integrated. He also explained the ‘Land Capture Value’ concept and that land value appreciation caused due to increased usage should be considered for incremental tax revisions so that investors get appropriate benefits. He also pointed out that more clarity and freedom on ticket pricing would promote greater investment by private sector in Metro projects in India.

Mr. Athar also highlighted the importance of the Scrabble theory of economic development by elaborating on the development of infrastructure theme parks and export-oriented zones in India. Referring to Adam Smith’s famous lines raising ‘Why are some countries richer and others poor?’; he highlighted on the development of an enabling ecosystem required in infrastructure parks to fuel large scale economic growth . Phased investments and estimated revenues from the off-take agreement were also elaborated.

The lecture was organised by Professor Keyur Thaker, Faculty, IIM Indore as part of industrial learning in the Project finance and Structuring course and was attended by all the EPGP Participants.