After l3 long years, the Annual Inter IIT-IIM Quiz Competition Nihilanth was hosted by IIM Indore from January 15-17, 2016. The three day event began with inaugural ceremony which witnessed a gathering full of young enthusiastic students from all over the country. The event saw a participation of around 257 participants from 20 IITs and IIMs.

The first quiz was a General Quiz conducted by Mr. Vikram Joshi, the winner of the 2014 World Quizzing Championship. He asked some challen 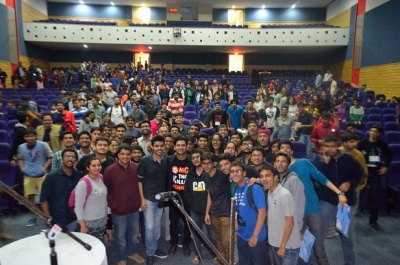 ging questions from various categories like films, geography, history, automobiles, art and literature. The winning team for the General Quiz was IIT-Bombay consisting of Prakhar Gupta, Prateek Vijayavargia & Sandeep Albert Mathias. The 2nd and 3rd place was bagged by teams from IIT-Madras.

The Sports Quiz was conducted by Mr. Chandrakant Nair, which like the other quizzes had a written prelims round followed by an on-stage quizzing battle. The Sports Quiz was won by IIT-Madras. IIM-Indore brought in the first victory for the IIMs, by winning the Business Quiz, conducted by Mr. Sachin Ravi, the National and International champion of Tata Crucible Campus Quiz. 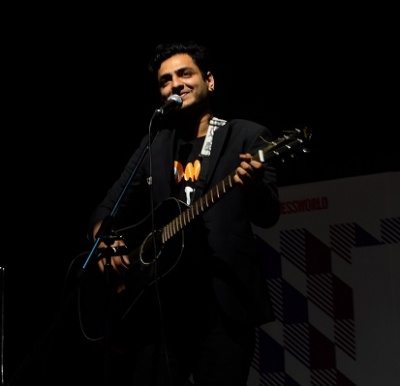 Lone-Wolf was hosted by Mr. Suraj Menon. It was the ultimate challenge- questions across domains and one single winner. Both the winners as well as the runner-up were from IIT-Madras.

For participants’ entertainment, a comedy night was also conducted, which featured the Youtube star, Kenny Sebastian. He entertained the crowd with his wit and amazing performing skills. The student community found his jokes very relatable and he even strung together random words from the crowd into an original song, on the spot.

To sum up the last three days, IIT-Bombay won the General Quiz; IIM-Indore won the Business Quiz; the other 4 quizzes were all won by IIT-Madras who were crowned Nihilanth’16 Champions.