The event Battle of Brands was an ambush marketing strategy campaign and had three rounds. In first rounds, IIM Indore’s team designed a campaign for Sony to ambush Hotstar’s efforts and in the later rounds the team was asked to change the roles and create marketing strategies that can ambush the Sony efforts which was followed by social media war. During this, the team’s motive was to protect Hotstar from brand defamation by launching creating ambush marketing online. Competing with around 1200 teams from across the nation, IIM Indore’s team received the First Runner-Up Prize.

IIM Indore congratulates the team for its achievement. 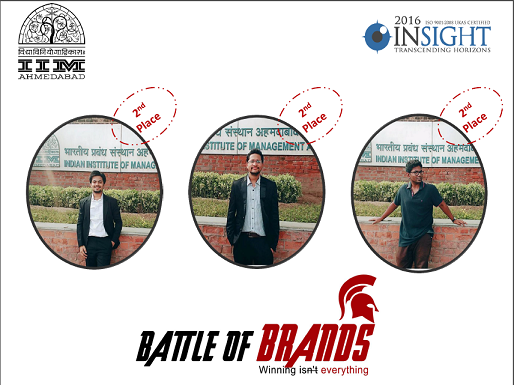