The timeline of this competition was from October 5, 2016 to May 31, 2017, during which the team registered a professor, chose a business partner, and conducted an Adwords Campaign for 21 days and prepared pre and post campaign report.  Google sponsored an amount of $250 for every team to conduct the Adwords Campaign. 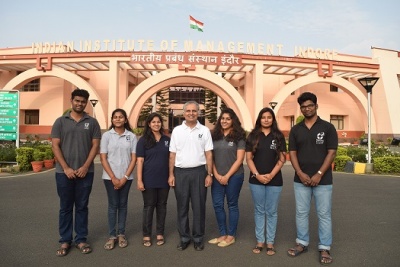 IIM Indore team was selected among the top fifteen Semi Finalists from each region, followed by being selected in the top five. The team finally got selected in the Regional and Global Winner Categories among America, Europe, Middle East and Africa and Asia Pacific. The winners were selected by the independent Global Academic Panel which reviewed the AdWords Pre-Campaign and Post-Campaign Reports of the top five Finalist teams in each region.

Hence competing with around 12,000 students from over 65 countries, the IIM Indore team was the winner for Asia Pacific Region under Adwords Certification category.

The speciality of the team was that its campaigns generated an impressive avg. Click Through Rate of 2.76% (176% more than our goal 15 enquiry form conversions, 67 calls. The campaign ended up achieving an increase of 83.02% in client traffic by bringing in more paid traffic to the site. The team focussed on incorporating advanced techniques like ad extensions, remarketing, bid adjustments as well as gave constant inputs on optimizing the website which resulted in revenue of INR 3 Lakhs in 21 days (ROI of 1860%).

The business partner is also impressed with the campaign results and is willing to continue the AdWords campaign through the team.

The winning team received a digital device, as well as other prizes along with certificates.