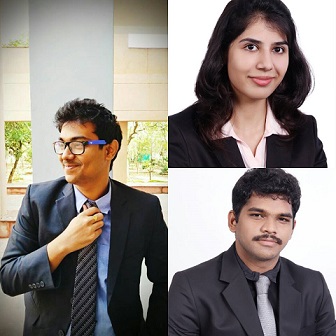 was redefining the positioning strategy for Allen Solly in the midst of changing apparel industry scenario with international retailers’ entry and rise in e-commerce. Top 10 teams from all over India were selected based on the strategies suggested in the preliminary round. In the national round, the teams had to prove themselves by convincing the panel of judges regarding the challenges involved in the implementation of the proposed solution. Top 3 teams were awarded rewards and certificates. IIM Indore team was announced as the national winner after grueling the teams about their solutions. The winners were rewarded with a prize money of Rs.1,00,000/-.

In response to winning the competition the team mentioned their USP as ‘Each of us were like different pieces of a jigsaw puzzle which when put together fit perfectly. Pinnacle provided us the opportunity to apply the class-room concepts to real-life marketing challenges and come up with solutions. Overall it was a wholesome experience that enriched our knowledge of the industry and gave us memories that we can cherish for a lifetime.’

IIM Indore congratulates the team for its achievements.