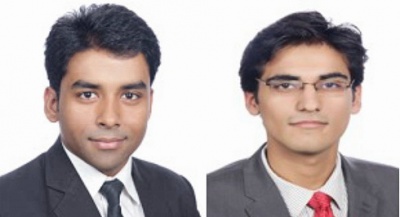 Nomura Investment Bank Case Study Competition which was held on December 1, 2015. Both the team members received MacBook Air as the prize. The competition was conducted across different B School’s across the country with a total participation of around 300 teams. Three teams from IIM Indore made it to the National Round, in which only 17 teams qualified. The National Round was held at Mumbai and was judged by Mr. Deepak Tomar, India Head of India Analytics Group, along with various other eminent senior analysts and associates.