Adding yet another accomplishment to the hall of fame, IIM Indore’s participants won the Strategy Simulation Competition held by the Association of Indian Management Schools (AIMS) in collaboration with Marketplace Simulations on August 14-15, 2021. The team Blitzkrieg Bikes Inc. comprising Prakhar Jain, Kartikeya Agarwal and Esha Sheth bagged the first position and received a cash prize of Rs. 50,000/-, along with a trophy. The first runner-up and second runner-up teams were also from IIM Indore namely, Orca comprising Ravi Shah, Ishita Gupta and Shreyas Gaurav and Hercules Inc. comprising Parag Pise, Archit Gupta and Prathyusha Devi Tekumudi, who were conferred a cash prize of Rs. 20,000/- and INR 15,000/- respectively. The national finale event witnessed the participation of over 75 teams comprising final year MBA/PGDM students from across the top B-Schools of the country. Prof. Himanshu Rai, Director, IIM Indore congratulated the winning teams for their achievement. 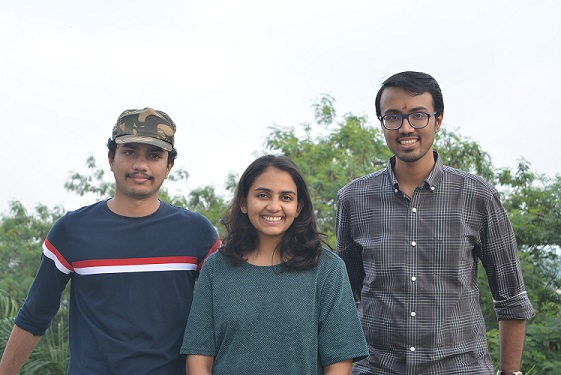 The competition was centered on the theme of Conscious Capitalism that required teams (firms) to manage a conscious business in contrast to the traditional profit-maximizing business paradigm, as part of their corporate strategy. To succeed, the firms were expected to take into consideration all of the firm’s stakeholders, including customers, stockholders, employees, suppliers, and the community. They were to deal with ethical, environmental and sustainability issues, as well as the common management challenges of operating a business. At the end of six mind-boggling and arduous quarters, a total of six teams were qualified for the final presentation, based on an objective metric known as a balanced scorecard that measures profitability, customer satisfaction, market share in the targeted market segments, human resource management, asset management, preparedness for the future, wealth and reputation. The final presentation required the teams to give an annual board report to the jury and the venture capitalists as well as describe their firm’s plans considering it to be a going concern. Prizes were given to the top three performing teams, all of which were won by IIM Indore.

‘It is thrilling to have won the first position in the All India event, as the complete exercise was not just a check of our business or functional skills but also our strategy and style as a team. Our team comprised members from diverse backgrounds – engineering, IPM and finance – which not just allowed room for more perspectives while problem-solving, but an increased level of creativity, productivity and appetite for taking risks, while working together’, said the winning team.

Sharing their experience of grabbing the runner-up prizes, the teams said that it assisted in understanding what conscious capitalism is all about, and why there is a critical need to follow the principles of conscious capitalism while controlling business activities. It necessitated a lot of teamwork and felt particularly gratifying to see the results of our decisions in real-time, they noted.

Prof. Srinivas Gunta, Faculty, IIM Indore & Area Chair-Strategy, congratulated the team for their achievement. ‘While the teams’ delight with their relative positions as winners and runners-up may vary, my joy is unbridled because at the end of the day, it is my kids that have done well! They have set a marker for the future teams to emulate, and this would be a record to match for times to come’, he said.