The Cadets Training Wing (CTW) of the Military College of Telecom Engineering (MCTE), Mhow organized a CTW Ball on May 10, 2016. The Ball was organized on the lines of the National Defense Academy’s most awaited ‘NDA Ball’, which is organized just a few days prior to the passing out of each batch. The CTW Ball was organized as a farewell to the senior-most batch. IPM students from IIM Indore also took part in the Ball. Charvie Punia, (IPM 2014-19 Batch) was crowned as the Miss CTW Ball 2016. Also, Deksha Gupta, (IPM 2015-20 Batch) was crowned the Second Runner-up. 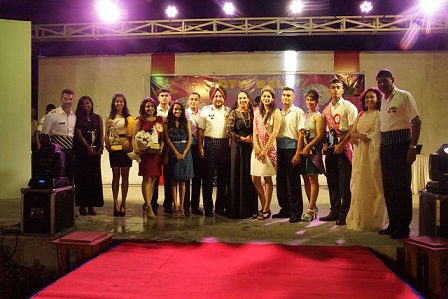 The first round began with shortlisting of the top-5 best dressed girls and cadets, which was followed by a ramp-walk round. The shortlisted participants then took part in a Q&A round.

The winners received Crown and a badge of CTW along with a CTW memento.