IIM Indore’s PGP Student Tanay Shankar (Batch 2016-18) was named the Aditya Birla Scholar recently in September. Competing with more than 180 students from 9 campuses, Tanay made it to the shortlisted 37 finalists and was then finalized among the 15 Aditya Birla Scholars. He would be receiving an amount of Rs. 1,75,000/- per annum, which would be renewed based on his performance in the coursework for the next academic session.

The selection was based on the two essays written by the students about how their background has impacted the choice of their present course of study; and what is the single most important consideration that qualifies the student to be a distinguished ‘Aditya Birla Scholar’. This was followed by a personal interview of the shortlisted students with the panel of judges, including Mr. Janmejaya Sinha (Chairman, BCG Asia Pacific), Mr. Rajat Gupta (Director, McKinsey India) and Mr. R. Sukumar (Chief Editor, Mint), after which Tanay was selected as the Aditya Birla Scholar. 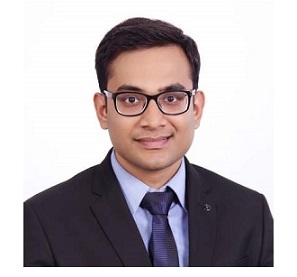