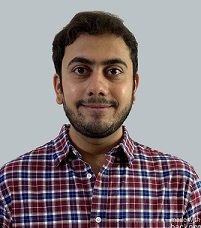 Dr. Sudeep R. Bapat had his schooling and undergraduate education in New Delhi. He obtained his Bachelors degree from University of Delhi, a Masters in Science from the Indian Institute of Technology, Bombay and Ph.D. from the University of Connecticut, USA in 2017. His thesis mainly concentrates on the area of sequential methodologies and applications. Some of his PhD research includes estimation of parameters under a sequential sampling strategy, which is beneficial under many practical real world examples such as health studies, ecology and finance. Very recently, he worked as a visiting assistant professor at the department of statistics and applied probability at the University of California, Santa Barbara, USA, for three years.

His current research extends to the area of time series and censoring, where he has published several papers. Some of the notable works include, proposing a new correlation measure on a set of bivariate time series processes, introducing a new Lindley distribution, which has many interesting properties and proves advantageous over some of the existing ones and developing middle censoring models for a multinomial distribution.

As far as teaching goes, over the last three years at UC Santa Barbara, he has taught several courses in statistics at both the undergraduate and the graduate level. Some of which include Regression, Time Series, Design of Experiments, Probability and Inference etc. During summer of 2019, he also taught a course on “Introduction to analytics in R” at the Indian Statistical Institute, New Delhi at the certification program on “Business analytics, Data mining and Operations research”.

Dr. Bapat has presented his work at a lot of national and international conferences and seminars as an invited speaker. More recently, he organized and chaired a session at the International Indian Statistical Association conference held at IIT Bombay, in December of 2019.