IIM Indore FPM 2016 participant, Anita Sharma recently was honoured with the Positive Health Award by She received this award for her initiative called Drive on My Own (a car driving solutions…Read More

Footprints, the flagship annual alumni meet of IIM Indore, commenced with great vigour and enthusiasm on November 15, A ‘Cultural Night’ was scheduled on November 16; the second day of the…Read More

Atlamash Aslam (PGP 2015) and Kartik Sudarshan (PGP 2009) have been the brand managers for some of the best reality shows on the Indian television. The team has marketed popular television shows like The Kapil Sharma Show, Kaun Banega Crorepati, Indian Idol and Super Dancer to its credit. The marketing campaign put for KBC 2017 made big waves in the industry. The tag line—‘Jawab dene ka waqt aa gaya hai’ was so brilliantly thought of—to intelligently mark brand connect for the ‘aam aadmi’. More…

The 19th World Festival of Youth and Students, which is going to take place in Moscow/Sochi, Russia from October 14-22, 2017—will unite 20,000 young leaders from more than 150 countries. IIM Indore’s alum Ajinkya Mahajan (PGP 2015-17) is a member of the Team India Delegation this year. The selection was done by World Federation of Democratic Youth (WFDY) and BRICS International Forum. There was a multi-step application procedure consisting of profile screenings, statement of purpose and participation field. Competing with more than 1300 applicants, Ajinkya made it to the 103 membered Indian Team.

With an objective to help people understand the risks associated with all financial instruments and opportunities in financial markets, IIM Indore’s alums namely Vivek Bajaj (PGP 2005) and Vineet Patawari (PGP 2008) along with a third partner Vinay Pagaria, started their venture—Kredent InfoEdge.

IIM Indore’s alum Mudit Consul (PGP 2005) recently launched (USDA – USA and NATRUE – Europe standards) range of baby and family care products under his brand—‘Life & Pursuits’ in June 2017. ‘Life & Pursuits belongs to his company Consul Nature Elements Global Pvt Ltd, which also owns a non-profit foundation launched in 2016. The organization has a social mission towards creating a natural, safer and toxin-free world for everyone. The organization is also actively involved in educating parents about hazardous and toxic chemicals in lives (food, air, water, personal care products, toys, etc.) so that they can make well-informed and healthy choices about their lifestyle. In addition, the organization also create awareness against false / misleading claims made by product companies for their ulterior motives through our CAMPAIGN SAFE CHILDHOOD’. IIM Indore congratulates Mudit for his achievement and appreciates the social welfare activities undertaken by his venture.

Adding another name to the list of Alumni Authors of IIM Indore, Sumit Pramanik’s novel—‘The Girl Behind the Glass’ was released on May 10, 2017. Sumit is from the 2012-14 batch of PGP at IIM Indore. The novel is a psychological thriller stuffed with darkness and twisted characters. ‘The story is about just-married Neelabh and Shakshi who arrive at Hotel Infinity, desperate to take cover from unknown pursuers. Next morning a police Inspector appears, enquiring about a car that hurtled off a bridge nearby. The girl who was in the vehicle is missing. As the eyes of the hotel dwellers turn to each other, tragedy strikes again, now much closer. They soon learn that the devils inside them are no less dark than the devils outside’, says Sumit. Noting that this is his debut novel, Sumit says, ‘I have always been fascinated by writers with original styles, Raymond Chandler, Dashiell Hammett, Gillian Flynn, Justin Cronin, Stephen King and others who strive for innovative bend of thinking. I used to write during my school days, but I started developing more interest during higher studies’.

IIM Indore congratulates Sumit for his achievement and wishes him luck for his future endeavors.

Adding another feather in the hat of achievements of the Institute, Anupam Dasgupta, (PGP 2003-2005) released his second novel—‘From Yesterday’ in March 2017.

The novel is a romance fiction that revolves around the story of Anita, Adi and Christina set in the cities of Chennai and Chicago. The story evokes feelings of true love and sacrifice interlaced with the pangs of falling and separating in love. The storyline is meshed with interesting tit-bits involving tarot cards, Chicago’s picturesque locales and Latin Dancing.

The inception of the book traces back to his trip to Chicago in early 2014. ‘Some memorable interactions during Latin social dancing at Green Dolphin, a club in Chicago that played Salsa music, along with some splendid moments spent at the Bean, Willis Tower, Lake Michigan and other scenic locales, gave birth to the plot’, says Anupam. The other half of the story is a mix of fiction and reality, with some personal experiences from the city of Chennai thrown in.

Anupam’s first novel titled ‘Salsa’ was released in 2013. The book was subsequently re-published in 2014 as ‘Salsa-World is a Small Place’ and appeared in leading book fairs across the country, with a good fan following and readership, particularly in the states of Madhya Pradesh, Gujrat, West Bengal, Orissa and Tamil Nadu.

‘I enjoy writing and particularly relish the feeling when I get involved with the characters’ lives, emotions, hopes and unfulfilled wishes’, said Anupam. IIM Indore congratulates Anupam for this achievement.

IIM Indore’s alumnus Srinath Akula (PGP 2010-12) launched HCFAB Health Technologies (Health Care For A Billion) in January 2016. HCFAB owns and operates ‘elth.ai’, its consumer brand which is an artificial intelligence based med-tech product that aims to solve health problem discovery and be a 24×7 medical adviser to billions of people. Its natural language processing enabled bot, currently implemented on Facebook Messenger and on elth.ai website, can understand the user’s query written in plain English and suggests solutions ranging from home remedies, preventive care and tests to diet plan and even the right specialist.

A similar product is been launched by HCFAB namely ‘praktice.ai’ which generates leads to hospitals and doctors for online consultation and in-hospital appointments. It also enables doctors and hospitals to manage their appointments and other operations through Natural language commands. In essence they’re bringing the next era of artificial intelligence enabled applications to Health Care, given its dire need due to abysmal doctor/staff to patient ratio in India.

Discussing about how the idea originated, Srinath says—‘Dr. Akhila Srinath, Co-Founder, elth.ai and I used to discuss every day about her experiences in the clinic with different patients and the necessity for access to an omniscient person who can elaborate on what doctors explain in the limited time in the clinic. Then came the idea of training an Artificial Intelligence system which can answer even a million people at once with the training imparted by scores of doctors.’
IIM Indore gives its best wishes to Srinath and his new venture.

unt in angel funding from Mr. Vishal Malik, Founder and Director of Gemini Solutions. VOW CarClinic, operated by Gurgaon-based GreyHair Ventures Pvt Ltd, is a marketplace for end-to-end car servicing/repair needs in the offline-to-online consumer internet space. In the last four months, the startup has scaled-up its operations to four more cities in NCR (Delhi, Noida, Ghaziabad and Faridabad) and has witnessed 10x fold increase in revenues. Currently, Harmeet and Abhishek are planning to expand their operations in other major cities including Mumbai, Pune, Bangalore, Hyderabad and Chennai.

IIM Indore’s alum- Saumitra Agarwal’s (PGP 2005-07) startup—Talkoot has been selected by Facebook for its early-stage startup mentorship programme—FBStart. The startup will receive credits up to $40,000 and free tools and services from Facebook and its more than 30 partners including Amazon, UserTesting, Dropbox, and MailChimp. Besides partners, the startup will also get free access to more than 25 services including open source tools like React Native, FB Login and Account Kit and App Analytics.

The Rise of Multi-Channel Networks by Amish Dedhia, PGP 2005-07

The advent of MCNs has attracted considerable mergers and acquisitions attention from big media and telecom companies, who are looking to expand their participation in digital video

The company was launched to market and promote organic products through online medium. We started as an ecommerce portal, and officially launched our website on 12.12.12. This company is still operational, and currently we are working on marketing and promotion of organic food products from Northeast India – Gunajit Brahma, co-founder, Jeev Anksh Eco Products.
More… 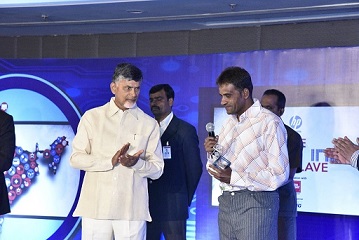 Award from the India Today Group in association with KPMG Consulting on September 20, 2016 for his innovative initiative project—Mobile Meeseva App. He received a trophy and citation during the award ceremony by Shri N. Chandrababu Naidu, Chief Minister of Andhra Pradesh. Offering 125 services, Meeseva App was adopted by 50,000 Citizens in the launch month itself (July 2015), with more than 3 Lac app downloads and 2 Lac transactions. 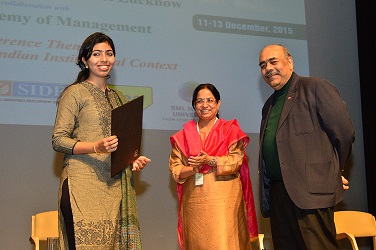 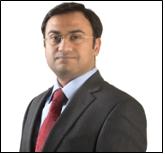 along with Professor Ganesh Kumar Nidugala, Dean Academics, IIM Indore; won the ‘IIM Raipur-ET Cases Award’ for showcasing a futuristic and progressive idea through the case presented at the 2nd Global Summit on Management Cases held at Raipur on February 5-6, 2016.  The conference was organized by IIM Raipur in collaboration with ET Cases. IIM Indore’s case titled ‘Natural Gas Pricing in India, 2014: Is the Hike Justified?’ won this Award.

IIM Indore alumnus Asif Abdu (PGPMX 2013-15) started ‘Q-Serve Home Services’, a 24/7 home and personal service company, a one-stop solution for all handyman, cleaning, painting and other related services requirements in Qatar. Q Serve is co-founded by his wife, Shijima Asif (PGP-18 IIM Kozhikode). As per the founders, the home maintenance industry in the Middle East is not only highly unorganized, but also unreliable and inconvenient for the customers.

However, Asif and Shijima managed to solve these problems and started Q-Serve. Q-Serve facilitates customers to book the services online and avail them at their preferred date and time.