With an objective to help people understand the risks associated with all financial instruments and opportunities in financial markets, IIM Indore’s alums namely Vivek Bajaj (PGP 2005) and Vineet Patawari (PGP 2008) along with a third partner Vinay Pagaria, started their venture—Kredent InfoEdge. According to a survey conducted by Standard & Poor’s, over 76% Indian adults lack basic financial literacy and do not understand key financial concepts. Kredent InfoEdge started catering towards this goal through scientifically designed courses through its venture Kredent Academy, set up in 2008. ‘Over the years, it has trained over 10,000 students offline on various topics related to the market. Kredent Academy has since become a strong brand in India due to its onus on creating a rich knowledge bank and its continued focus on integrating practical oriented training along with theory’, as stated by the Founders. 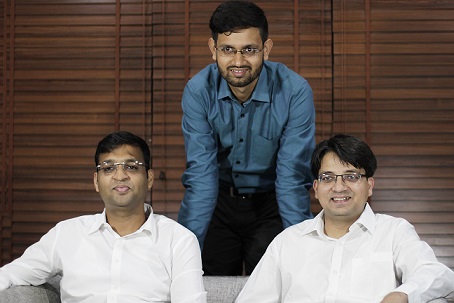 Kredent Academy sought to scale up its training initiative across the country and launched Elearnmarkets.com (2014) as an online platform for imparting financial knowledge. Over the last 2 years, it has achieved significant success and now hosts over 100 courses – free as well as paid, and has already trained over 40,000 participants. Elearnmarkets provides not only video based courses but also live courses delivered via web conferencing. It has already developed courses in Hindi, Bengali, Nepali, Telegu and is widening the horizons. It has also tied up with renowned financial institutions and market experts and various schools and colleges.

Realizing the need for a handy tool, the Company has also launched StockEdge (2016)—a mobile based application that provides comprehensive research on stock markets and empowers the users to do their own research. The app is now India’s most-downloaded financial market Analytics App with almost 2.5 Lakh downloads. It has been strongly rated by its users at 4.7 out of 5 on the Play Store, the highest rating in this category in India. It also integrates contextual learning and thus attracts the users at different stages.

‘The company has till now bootstrapped itself but seeks to grow at an accelerating pace, now that it has put its roots firmly in place. It is continuously building value-added features and associations and spread through strong word of mouth. It seeks to continue growing organically, as well as through targeted campaigns and tie-ups with intermediaries’, say the Founders. The company passionately seeks to serve one crore Indians by 2020 through its unique and tight integration of practice in learning and learning in practicing.

IIM Indore congratulates the alums for their achievement.