IIM Indore Alumnus Siddharth Kaushal (PGP 2007-2009), District Superintendent of Police (SP) will become the first police officer from Andhra Pradesh to receive the ‘7th G Files Governance Award 2019’. This award is given to a civil servant for peerless performance and integrity. The award function will take place in Delhi at Civil 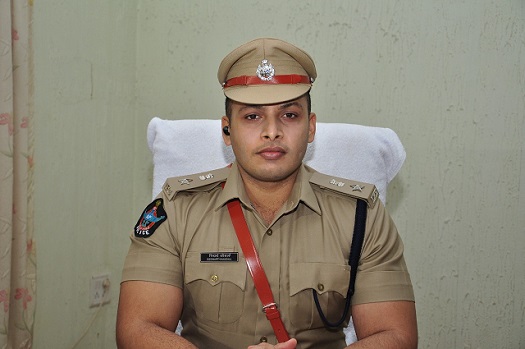 Services Officers’ Institute on December 12, 2019. The Award is constituted by G Files Magazine, a national magazine on bureaucracy and governance. The project (for which the G-files Governance Award is being given) has been selected by Bureau of Police Research & Development, New Delhi for consideration under the National Police Mission for nationwide implementation.

He had recently also won the Skoch Award 2019, another national award. IIM Indore congratulates Siddharth for this achievement and wishes him best of luck for his future endeavours.