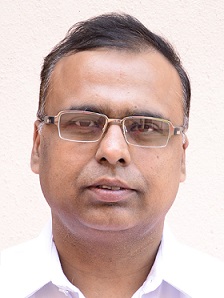 Swapnil Garg completed his Ph.D. from the University of Florida, USA in the year 2012. His dissertation was titled “Working the PPP: Coordination in Public-private partnerships”. He started his career as a mechanical engineering officer apprentice when he joined the 1987 batch of Special Class Railway Apprentices. On completion of this 4-year engineering training, he joined Indian Railways as an officer in the IRSME cadre. He later earned an Executive MBA from Management Development Institute as part of the National Management Program –XIII, with specialization in Information Systems. After working for over 23 years in senior administrative, techno-managerial and academic positions (last posting as Senior Professor, Rolling Stock Technology) he took voluntary retirement and joined IIM, Indore as an Associate Professor in 2015. He got promoted to Professor(Strategic Management) in June 2019.

His research interests lie at the public-private interface (focus on public-private partnerships), public sector management, entrepreneurship, and pedagogical techniques (i.e., business simulation games and ethics). He has presented his research in the Academy of Management meetings, Strategic Management Society meetings, Southern Management Association meetings, Transportation Research, etc. He has published in papers in the Journal of Business Ethics, Handbook of PPPs in emerging economies, etc.

He is a certified assessor for ISO 9001, ISO 14001 and CII Business Excellence Model. In 2013, he was awarded the Minister of Railway’s award for outstanding service.

Garg, S. (2011, November) A closer look at work coordination: Modes and Aspects of Coordination. Proposal selected for presentation at the Annual Conference of the Strategic Management Society, Miami, FL,US.

Garg, S. & Van Scotter, J.R. II (2010, November). A multilevel perspective on the determinants of Entrepreneurial persistence. Paper presented at the annual meeting of the Southern Management Association, Tampa, US.

Garg, S. (2010, August) What do we know about entrepreneurial persistence? An empirical examination of entrepreneurial quitting. Paper presented at the annual meeting of the Academy of Management, Montreal, Canada. (Session on emerging trends in entrepreneurship)

Garg, S. (2009, August) Entrepreneurial Persistence and Social Support. Paper presented at the annual meeting of the Academy of Management, Chicago, US

Garg, S., & Garg, S.B.L. (2006, December) Information Systems (IS) maturity level as a measure of IS implementation in an organization, Paper presented at the GIFT Conference on Flexible Manufacturing Systems, Bangkok, Thailand.