The Annual Undergraduate Fest organized by the Integrated Programme in Management Students at IIM Indore was held on September 11-13, 2015 with loads of enthusiasm, fervor, team-spirit and joy. The event was marked with the presence of around 1300 participants from around 61 colleges across the country for 50 plus events. The three day fest witnessed a lot of cultural, management and literary events.

The Inaugural Ceremony was honoured by the presence of Swami Gyaanvatsal from BAPS Sansthan, Vadodara. He advised the students to focus on 3-F and 3-H for the remaining 8 hours namely family, friends and faith & health, hygiene and hobby, without which, life can never be meaningful. 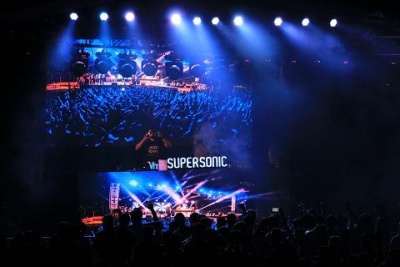 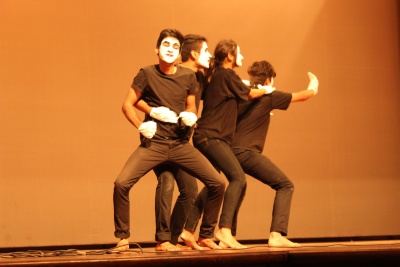 One of the major events of the fest was International Model United Nations which had around 200 delegates across five committees namely, ECOSOC, HRC, SPECPOL, DISEC and DC vs Marvel. Chief Guest for the event was Mr. Amir from Palestine who spoke of his experiences and news on the current volume and unrest in the Middle East. The event was marked with debate and speeches on topics like piracy, use of unmanned aerial vehicles, the Greek Eurozone crisis, recruitment of children into ISIS, etc. 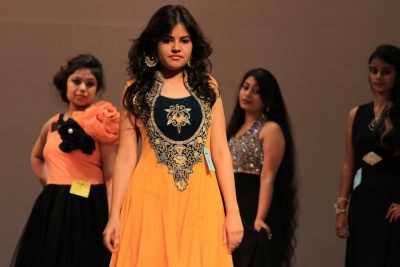 The most glamorous event of the fest was Vanity, the fashion show which witnessed more than 186 participants in their most glamorous avatar. The event had two rounds, solo and couple. The participants were judged by Mr. Abhijeet Singha, Owner and MD at Mega Entertainment and Ms. Archana Barman, Mega Miss North East.

Another marketing workshop on idea and innovations was conducted by marketing experts Mr. Aneeq Dholakia and Nooguri Kaushik on the topic Rapid Idea Prototyping and Marketing. Mr. Dholakia mentioned how an ad can be made popular and attracts customers and the ways for better marketing of an already existing brand. 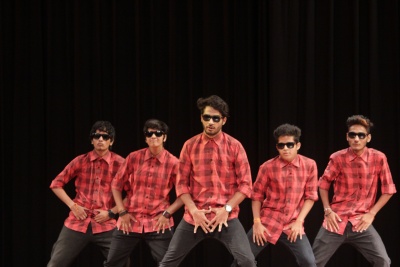 The media event Vox Populi had the teams performing on topics like live-in relationships, selfie mania, rash driving, friend-zone, binge eating, gym is the new girlfriend, etc. Big FM RJ Vikas was amazed seeing the amazing performances given by the teams. Interesting innovative scripts in the competition proved that we have some really brilliant budding RJs in our midst.

Strategy Competition made the participants run a business simulation which was designed by Biziga, the sponsor for the competition. This was the first simulation event ever held at Atharv.

The quiz competition In-quizitive was held with participation of many teams. The quiz was conducted by Professor Siddhartha Rastogi, Faculty, IIM Indore. Raunak Patni and Aniruddha from Hislop College, Nagpur won the quiz.

The last day had a Pro Night with performing artists ACEAXE and Thermal Projekts from VH1 SuperSonic, who thrilled the youngsters with amazing drum beats and reminiscing loud thumps with their gleaming eyes and cheerful smiles. 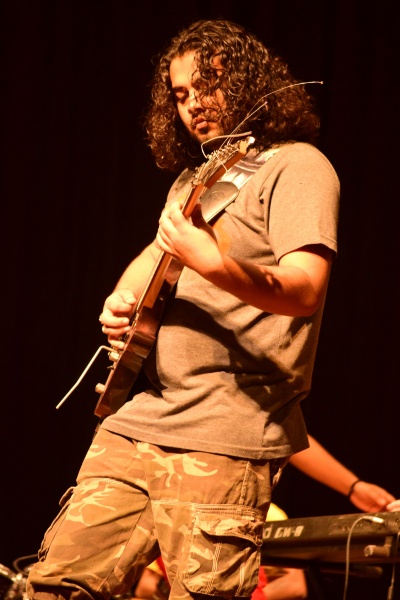 IIM Indore Atharv Team Members paid a tribute to Former President Late Dr. Abdul Kalam via A Thousand Smiles Campaign, where they used a thousand photographs of smiling people to make a beautiful collage of Dr. Kalam. The collage was the center of attraction on the last day for all the participants.

Another informative talk was conducted by the PETA with Ms. Neha Singh as the Guest Speaker. Ms. Singh mentioned about the benefits of vegetarian/vegan diet over non-vegetarian diet and said that more people are becoming vegetarian in India and western countries.

The B Quiz Pragnya had Mr. R. Aravindh, Creative Head, X Quiz as the quiz master. He kept throwing questions at the audiences as well, keeping them engaged and entertained in the event. In the final round, Christ University, Bangalore won the quiz with the highest score. Second position was bagged by IIT Indore.

The acoustic musical event Cresendo witnessed 13 teams performing their best musical melodies. The event was judged by Mr. Rajiv Roy and Mr. Deep Raj, who were highly impressed by the talent these young musicians had.

The winners of other competitions are as follows: