Inspired by Fit India Movement and to promote fitness and camaraderie and to showcase the hidden talent of the IIMI community members, a Cricket Tournament, “IIM Indore Cricket Champions Trophy,” was organized at the Institute on December 17-18 and December 24-25, 2022. 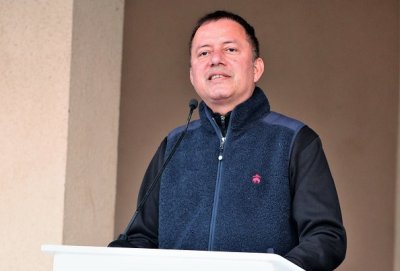 It is said that a healthy mind stays in a healthy body, and this initiative brought out the best in people. One of the main motives of this tournament was to sensitize people toward their fitness. This event also gave them self-realization of their fitness levels and inspired them to work for the same. Apart from physical and mental fitness, it was a platform where interdepartmental people could come together and build a better understanding and trust for a collaborative approach to achieving institute goals. This also acted as a re-energizer, giving a break to the monotonous routine and allowing individuals to start afresh in their job roles.

A total of 18 teams (including two teams of women) participated in this cricket event. This was a knockout tournament. Four pools were created for the 16 teams of men, and the league matches were played on the 17th and 18th of December, 2022. Eight teams qualified for quarter-final matches (2 teams from each pool). Quarter-final matches were played on 24th December 2022, and 4 teams reached the semifinals.

After an enthralling match on the last day, Team Security Department was declared the winner. The award ceremony was graced by Prof. Himanshu Rai, Director, IIM Indore, who distributed medals and trophies to the winners. Congratulating all the participants, he shared his views on the importance of teamwork, sportsmanship, and looking after each other.

Below are the details of the teams that participated: