Every year, Eduniversal Ranking awards top business schools from 9 geographical zones. These zones include Africa, Central Asia, Eastern Europe, Eurasia, the Middle East, Far East Asia, Latin America, North America, Western Europe, and Oceania. The rankings are based on the results from the academic peers who participated in the annual Deans’ Vote survey. 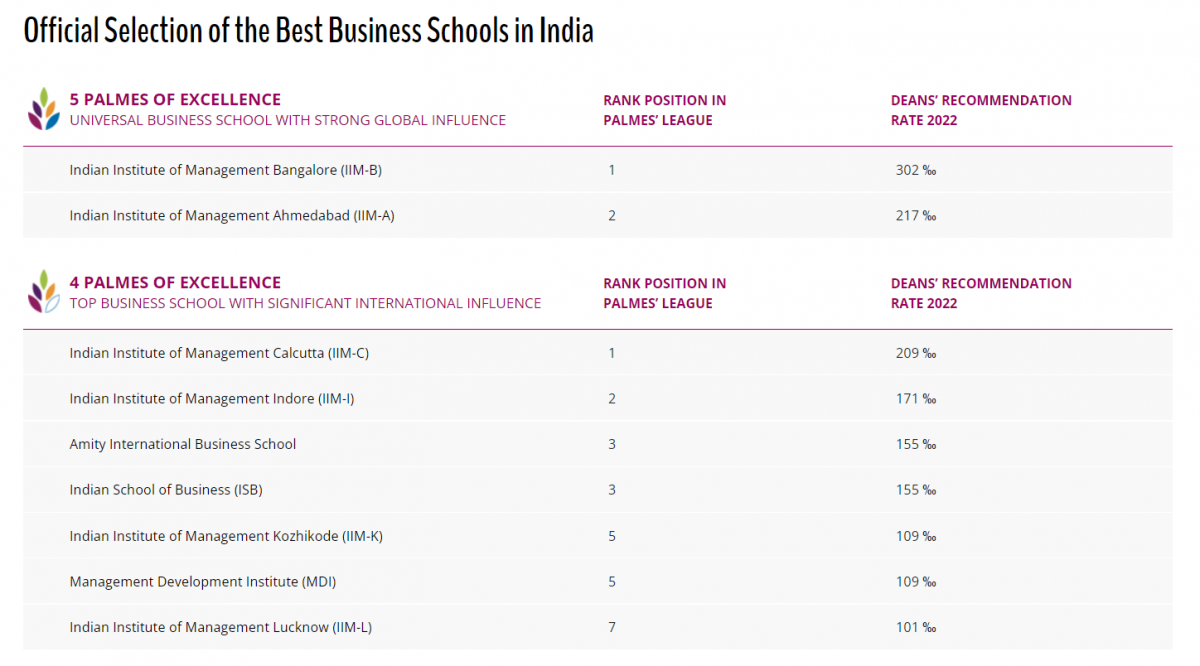 Prof. Himanshu Rai, Director, IIM Indore, mentioned that the institute has received 2nd rank in the 4 Palmes of Excellence Category this year. ‘We are delighted to receive the 2nd position in the 4 Palmes of Excellence category, one up from the previous year. This reflects the hard work, dedication, and commitment of our participants, faculty, and all the stakeholders of the institute who have contributed to the jump in the rank’, he said. This year, IIM Indore has received Rank #6 for its Post Graduate Programme (PGP) in Central Asia (1st among the IIMs, 5th in the country) and Rank #12 for its Executive Post Graduate Programme (EPGP) in Central Asia (5th among the IIMs, 9th in the country) in General Management and Executive MBA categories. IIM Indore aims to remain a contextually relevant business school and has collaborations with 40 educational institutes in 18 nations. ‘These associations have strengthened our international presence as well. We will continue to strive to work better and enhance the curriculum that helps us develop socially conscious leaders, managers, and entrepreneurs who contribute to nation-building and the world. Now we will aim to get into the 5 Palmes category’, he added.

The Palmes Ranking is conducted in three steps which include the official selection of 1000 best business schools from 154 countries, The Palmes of Excellence Awards to each of the 1,000 ranked schools, and finally, the most important is the Deans’ Vote—which allows considering the expertise of the deans of the best business schools worldwide. Similarly, the Eduniversal Best Masters Ranking is based on three main market criteria: the reputation of the programmes, the student’s satisfaction, and the salary level of the first employment after graduation. This ranking represents global/national leadership and compliments the academic expertise of an institution.