The event began with the unfurling of the Tri-Color by Professor Rishikesha T. Krishnan, Director, IIM Indore. This was followed by the National Anthem, which resonated with pride across the walls of the academic block. 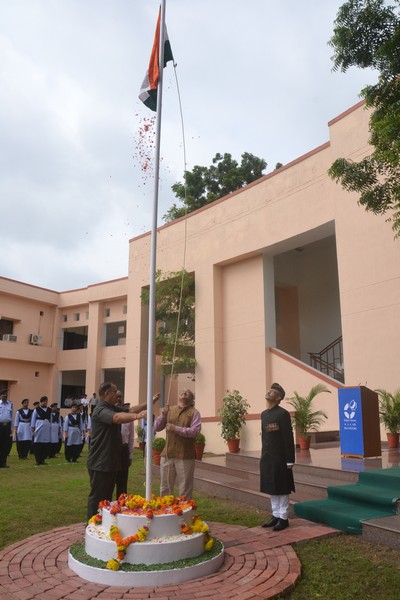 Professor Krishnan in his Independence Day speech urged the students to look for role models and mentors in India and stop lamenting about the lack of achievers. ‘We have a tendency to undermine the achievements of Indians, while foreigners have had the capability of identifying talents that lie within us’, he said. He advised the students to look for extraordinary stories in the ordinary people around, and work hard to feel a sense of accomplishment. He also talked about development, and Indian pioneers in various fields. He reiterated the importance of development at an individual level while giving back to society, stating that the haves should work hard to make sure developmental progress ensures equal economic and social reform of the have-nots. He also asked students, and everyone else present to recognize Indians who have been pioneers of reform in various fields, rather than just focusing on achievers abroad.

Leaving everyone with food for thought, the ceremony was closed only to begin the high tea session. With savory Indian delicacies marking the perfect finish to the Independence Day festivities of a glorious institute in a glorious nation, the patriotism for their motherland had successfully renewed itself in everyone’s minds.