Kapil Kanungo, a student of Integrated Programme in Management Batch-2011 has recently been felicitated by Campus France at a 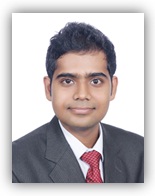 function in Ahmedabad. He has been awarded the French government’s Charpak Scholarship for Exchange Programme at EMLYON Business School this year. He will receive a scholarship of 615 Euros per month for four months. Established in 1872, EMLYON is consistently ranked one of the best business schools in France. Every year, over 1000 students from premier colleges like IITs and IIMs apply for the scholarship while it is awarded to only 50-60 students.

Kapil mentions that in addition to strong academic performance, his extra-curricular activities also played a major role to bag this scholarship. At IIM Indore, Kapil has also been the President of the Literary Club.