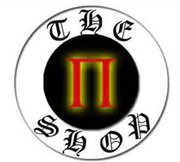 Merchand-I, the retailing club of IIM Indore operates a store fondly known as “Pi Shop” which caters to the daily needs of students and faculty community including FMCG, sports products, stationery, and evening snacks.The store which had its humble beginnings in a small room on the ground floor of B-block and later it had been shifted to a 500sq ft area in the basement of G-block Student hostel (next to SBI ATM). Now, it occupies space allocated in the ground floor of community centre. It is operational seven days a week, from 4:15pm to 11:45pm. Merchand-I also runs “Amul store” wherein all the milk products can be easily found. IIM Indore is one of the very few MBA colleges in India where students run a convenience store. It also arranges for exclusive bulk deals with several food outlets such as KFC, Pizza hut, and Burger Planet and personalised IIM Indore T shirts, coffee mugs and key chains. Merchand-I runs a tailor shop as well. It also acts as a learning centre by arranging interaction with industry leaders from brands such as Nestle. Merchand-I brings various live projects for the student community and also organises “Retail Saga”, the annual retailing event.