Ashwamedha is an event earmarked to anoint the person who shall lead tomorrow’s India. The event draws a parallel to the eponymous ancient Vedic ritual performed to attain power, glory, fame and prosperity; Ashwamedha exemplifies the eternal human search for greatness and immortality. Ashwa, with its rich and venerated legacy, is rightfully the flagship event of Ahvan. A brain child of eminent educationist and leadership trainer Dr. Vijay Menon, Ashwamedha has been the pioneer of leadership events in the Indian B-school circuit. With its philosophy of “Ekameva Jayate”, Ashwa awards only a single winner who takes it all including the prize money, which of course is the highest in India. 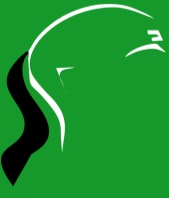 Chanakya, ahvan’s Strategy Consulting event, requires its participants to don the role of consultants to tackle business problems. Throughout the course of the event, participants apply their skills of diagnosis, analytical thinking and problem solving as they work on real life challenges confounding business firms. They are at their persuasive best, defending their recommendations in front of an eminent panel drawn from the industry and academia in their bid to emerge as the modern day Chanakya. 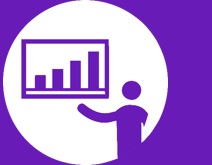 Entrepid aims to act as a platform to test the entrepreneurial skills and enhance the learning of participants by giving them the controls of a company and exposing them to various issues encountered in day-to-day operations of a firm. Spread over three days, Entrepid brings together teams of domain experts from every field, testing their ability in the areas of Finance, Operations, Marketing, HR and Strategy.

Finance League is one of the biggest B-School events to bring together the various domains of Finance under one umbrella. It is one of its kinds National Level Finance Event which tests the sharpest and the brightest financial brains of India’s top B-schools in areas like Banking, Insurance, Equities and Derivatives.

Business leaders of today need to be ruthless and guile in order to sustain in this highly competitive world. Gordian Knot, is a one-of-its kind event in India which tests a plethora of managerial abilities like problem solving, selling, marketing, strategic skills and much more to identify a team of 3 who can best think on their feet, hold on to their nerves and make tough but rational decisions to walk away as champions. 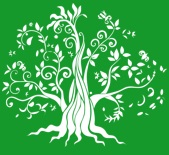 The belief that drives Kalpavriksha (the national Social Business Plan event) is that the amalgamation of business principles, with efforts towards societal upliftment, can be a sustained and powerful tool for change. By encouraging such ideas and helping budding entrepreneurs seek expert advice & seed funding, Kalpavriksha promotes IIM Indore’s belief that the essence of management lies in managing one’s own ambitions and forging ahead consciously. 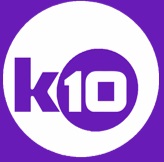 Klueless has had over 3.5 million hits last year and is the most popular event from the IIM Indore stable. There were over 95000 unique players last year from over 110 countries and it has always evoked a positive response with players looking forward eagerly to the next edition. The image it has created amongst students and professionals is such that it is one of the most awaited events in India, spawning clones from the rest of the IIMs as well. In spite of the launch of clones from other institutes, Klueless is still seen as the premier event which always delivers both on originality and creativity.

My Campaign is a one of its kind, very real and assertive event where the participants come face to face with real life Marketing challenges. The participants have to develop a Social Movement/Campaign idea and prepare a complete Marketing Plan for this campaign.My Campaign was a great success in 2009 & 2010, with more than 150 participants from premiere b-schools of the country. The event’s Viral marketing round generating approximately 5000 hits in just 3 days!!