Eight years since its inception, Atharv has cemented itself in the hearts and minds of students across India as an exhilarating and dynamic three-day fest conducted by the IPM Student Body. Atharv, central India’s largest cultural, literary and management festival has been a harbinger of hope and an assurance of excitement through the pandemic. The past two years have undoubtedly been difficult. We were hit by a travesty, and we walked through it. After the silence and melancholy of the last two years, as we recover, as the world recovers, it is time to return to the euphoric glory of an offline fest. Atharv is back, in all its magnificent grandeur, ensuring an elating offline experience. 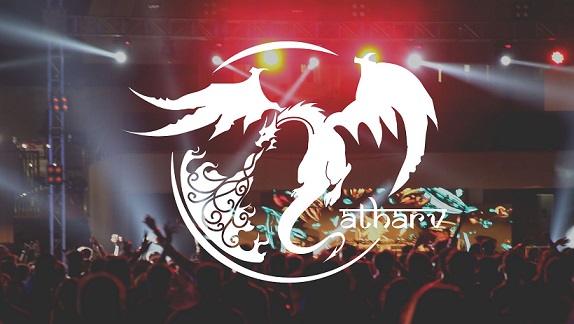 Atharv began as a dream, as an idea, and today it has grown by leaps and bounds. Through the years Atharv has hosted artists like Zakir Khan, Rahul Subramaniam, Biswa Kalyan, Karunesh Talwar and Sapan Verma for its comedy nights, with Devesh Dixit and Rahul Gujral taking the mic in the most recent editions. We have danced to the beats of Vh1 Supersonic and Sunburn and lost ourselves in the melodies of Indeep Bakshi, Arjun Kanungo and Anuv Jain.

The past two editions of the fest have been exclusively online, owing to the pandemic. But the threat of Covid is receding and the world is finally returning to normalcy. Colleges are reopening, theatres are functioning, and festivals are being celebrated again. As the world tries to restore itself, Atharv too is returning, bigger, better and brighter than ever before. Fostering talent, creativity and passion, we bring to you the 9th edition of the fest, Atharv’22.

In the past two years we’ve borne the brutal reality of isolation and remote working. And in those morbid days of the pandemic, fantasy and fiction became crutches that helped many of us survive. Reality was hard. But we have walked through and grown along the way. And it is time to take a break. To leave reality behind. To step into a world of magic and mystery, of quests and victory. To step into the thrilling extravaganza of Atharv: A Reverie of Fantasies.

Everyone is unique. Everyone is talented in some domain. And Atharv recognizes, acknowledges and encourages that. Atharv brings to you a diverse plethora of Management and Literary events, pitting the best in the country in a battle of wit and will. Chaitanya- the leadership event will test your decisiveness and risk-taking. Head Hunter- the HR event will demand prioritization and people skills. We have Pragnya- the B-Quiz, E-Conjecture- the economics event, Game of Shadows- the game theory event, Vendition Vendetta for the marketing enthusiasts and Finopoly for the financial brainiacs. We also have Khoj- the journalism event and Devil’s Advocate- the law event for all the investigative minds out there.

Atharv also welcomes young champions from around the country, via the medium of the Pi-Quiz, coming from diverse backgrounds to give a particularly challenging examination. Students from classes IX-XII are tested in the fields of Game Theory, Logic and Behaviour and are introduced to the level of intellectual rigour that IIM Indore endorses.

Atharv is a Management and Literary fest which tests your mental prowess. But it is also a Cultural fest, and we promote creative talent and awe-inspiring skill from across the country through our nine cultural events. We have Bailar and Verve, the solo and group dance events respectively for all the dance fanatics, Crescendo- the acoustic event, Vignette- the filmmaking event, iSO- the photography event and Clash of Cults for all the ardent pop culture fans. We also have two exhilarating group events which are sure to keep you at the edge of your seats. Delirium for all the ardent musicians who have formed their own bands, and Halla Bol- the street play event. “Art is a way of recognizing oneself” and for all the artists out there, Atharv has a stage, a mic, a ramp and a platform ready for you to showcase your talent.

Additionally, this year we have four flagship events. InterVarsity Debate- the British Parliamentary Debate, an event that will test your wits and words as you engage in a war to defend your stance. Atharv also provides a platform to all the budding entrepreneurs with Avant Garde- the B-Plan event, an event requiring a combination of creativity, logic and above all dedication. Thirdly, we have Imperium- the Strategic Case Study event. Sometimes the solution is obvious, but more often it is not. And what matters then is the strategy undertaken to reach the optimal solution. And then, to save the best for the last, we have Vanity- the fashion show. A ramp for the chic and elegant, the funky and radical, the impactful show-stoppers.

We have had big. We have had grand. This year we are bringing it all back and more. In this edition of Atharv, we are combining the invigorating impact of the online fest with the joyous celebration of the offline fest. Atharv’22 is here to ignite that imaginative spark, to help you unleash all your creative potential, to innovate and revitalize and inspire. Stay tuned for more updates.